Welcome to the month of June in my Long Island garden. It's a busy time of year, but I try to embrace as much time as possible in the garden. As daily temperatures rise up into the 70's, with frequent night time precipitation, there is something new to enjoy every day and as you know, the garden is what brings me joy. I am so glad you could stop by and visit. Come along and take a look!
The perennial border really comes to life in June with Peony 'Bartzella', Salvia 'May Night' and Lamb's Ear, followed in procession by Astilbe, Daylily and Coneflower. The Astilbe will start flowering any day now, as you can see a pink glow to the flower stalks which rise above the foliage.
A few years back I purchased Itoh Peony 'Bartzella', which is a cross between a herbaceous and tree form of Peony. It displays long-lasting large yellow blooms with a golden-orange center on sturdy stalks. It is by far one of the most enjoyable plants I have in my garden. While I love all my plants equally, this addition provides so much joy from the end of May into mid-June.
Here are the blooms closer up.
Next is Japanese Kousa Dogwood 'Greensleeves'. This is a newer hybrid of Japanese Dogwood that I became familiar with just a few years back, and of course, I had to have one! It produces a profusion of lime-green blooms during the month of June.


The dainty blooms resemble stars and remain on the tree for several weeks, so there is much to enjoy here.
This 'Frances Williams' Hosta is located just behind the Dogwood tree. I just realized that it has doubled in size over the past couple of years, probably due to all the rain we have been getting. It now measures two and a half feet in diameter!
I have made mention of my mother's iris garden in the past and even wrote about it in my latest book, Dream, Garden, Grow! The iris garden exists on the eastern side of the property where my mom had planted it while I was a child. Over the years, some ferns have sneaked their way in, but the original iris still remain. I wouldn't part with it for the world and it is a constant reminder of my mom.
Here is Spirea 'Magic Carpet'. It fits its name perfectly with its array of changing colors of foliage from spring to fall, accompanied by large shocking pink blooms. It puts on quite the show!
June is a wonderful time for Knock Out Rose 'Radrazz' with its first fragrant blooms, which can be enjoyed from the moment I walk out onto the patio. I have always believed in the saying that one should always "take time to smell the roses", so I make it a regular routine to do just that. These blooms will repeat themselves all the way through fall.


The pool was opened just a couple of weeks ago and is ready for summer. I have been tending to the garden doing the routine pruning and weeding. Every year the Weeping Japanese Maple cascades its branches over the juniper below, so some minor trimming is on the to-do list!


The Rhododendron and Azalea in the backdrop of the pool garden just got finished blooming, but I had to include a view of how they looked.


Newly added are the Sky Pencil Holly in the pool surround garden. The spirea took a hit with the extreme cold we experienced over the past winter, so it was time for something new. I am enjoying their narrow form, as they are perfect for viewing the foliage of Heuchera 'Caramel' behind them. Next, we need a little mulch refreshing!


I never realized that these narrow holly formed pretty little buttercup-like blooms that are inconspicuous until you approach the plant.


Coming around to the front of the pool garden, Allium 'Globemaster' is making its statement with its large purple balls of star-like blooms, which last from May to July.
Viburnum 'Summer Snowflake' is showing off its delicate flowers that resemble snowflakes. This shrub will produce on and off blooms throughout the summer.

Posted by Lee@A Guide to Northeastern Gardening at 12:00 AM 39 comments:

This Month in the Garden-Cottage Gardening: A Timeless Tradition of Past and Present

Welcome to This Month in the Garden! The very familiar and popular concept known as “cottage style" gardening actually dates back to the 14th century prior to Elizabethan times. The earliest cottage gardens had more emphasis on vegetables, herbs and fruit trees, and were thought to be created by workers for the purpose of growing food for household consumption. Unlike today, flowers were occasionally used to fill spaces simply for decoration. In later years, the Cottage style garden was more admired for its informal design, dense traditional plantings, and mixture of ornamental and edible plants. During the 1870’s, cottage gardens went through a major transformation with the development of formal estate gardens, which led to the planting of masses of greenhouse annuals and roses enclosed in “garden rooms” consisting of boxwood hedge. The Arts and Crafts movement during the late 19th century focused on a return to the informal romantic planting style of the traditional English garden and well-known 19 century authors such as William Robinson and Gertrude Jekyll helped to popularize cottage garden design as we know it today.
By the early 20th century the term "cottage garden" was described to be a large and sophisticated garden in which color harmony were carefully planned and controlled. The famous 1910 Hidcote Manor in the United Kingdom is one of the best-known and most influential Arts and Crafts gardens in Britain, with its linked "garden rooms" of hedges, rare trees, shrubs and herbaceous borders. Vita-Sackville-West, English poet, novelist, and garden designer had implemented similar models for her 1930’s cottage garden at Sissinghurst Castle, where her idea of a cottage garden was a place where, as she put it, "the plants grow in a jumble, flowering shrubs mingled with Roses, herbaceous plants with bulbous subjects, climbers scrambling over hedges, seedlings coming up wherever they have chosen to sow themselves". The cottage garden in France was a development of the early 20th century Monet's garden, a sprawling garden full of varied plantings, rich colors, and water gardens. In modern times, the term "cottage garden" is used to describe any number of informal garden styles, using design and plants very different from their traditional English cottage garden origins.
A well-planned cottage garden can be a beautiful addition to your space and be a great haven for pollinators, such as butterflies, bees and hummingbirds. As a landscape designer, I try to incorporate a mix of "cottage style" plantings with traditional plantings to create a colorful garden which has all season interest and requires less maintenance. A favorite hybrid garden I created is this mix of perennials with evergreen and flowering shrubs. A weeping Pussy Willow is surrounded by fragrant deep pink Peony 'Karl Rosenfeld' with an understory of colorful purple 'Salvia May Night'. A natural stone path leads from the patio to lawn area and is followed by a collection of Peony 'Bartzella', Astilbe, Daylily, Allium, Salvia and Lamb's Ear, accompanied by the decorative foliage of Hosta.

Posted by Lee@A Guide to Northeastern Gardening at 12:00 AM 20 comments: 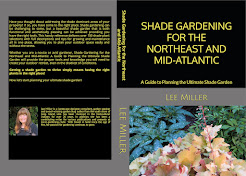 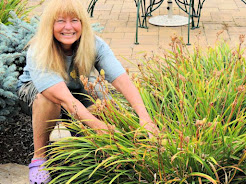 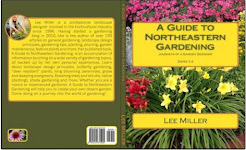 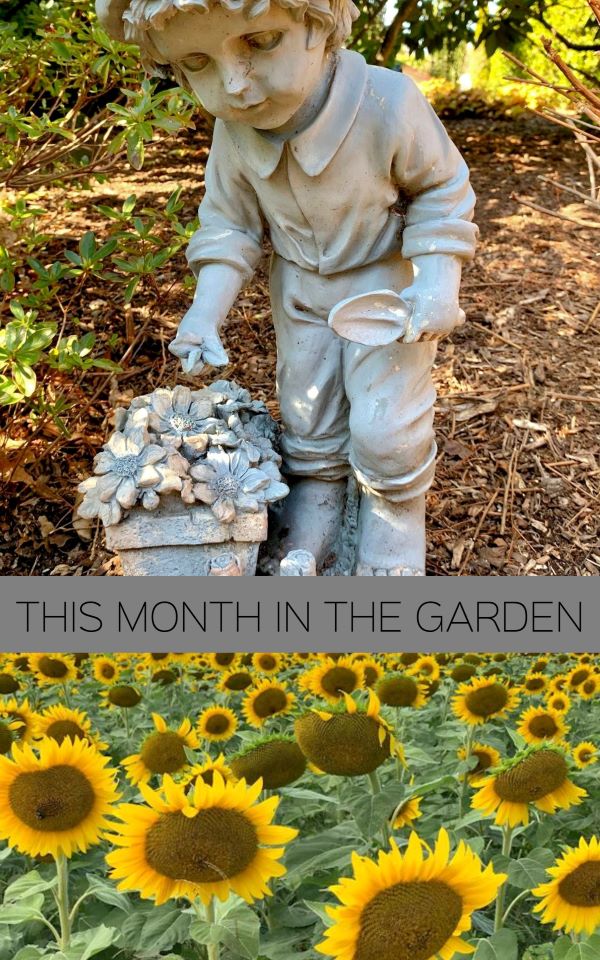 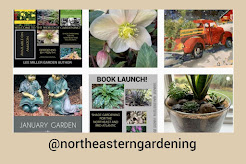