A Guide to Northeastern Gardening - Journeys of a Garden Designer: My First Published Book! 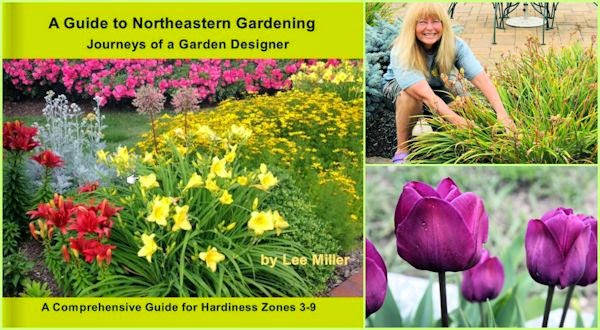 After designing for 19 years, blogging for five years and working on content for the past two years, I am pleased to announce the official launching of my very first book!  With the exception of a few close friends, there was no mention of me working on this book, as I was questioning myself as to whether or not it would ever materialize. I decided to try a self-publishing program and the adventure began. Now, after edit upon edit, and being my own worst critic, I have finally turned my many thoughts about gardening into a published work. 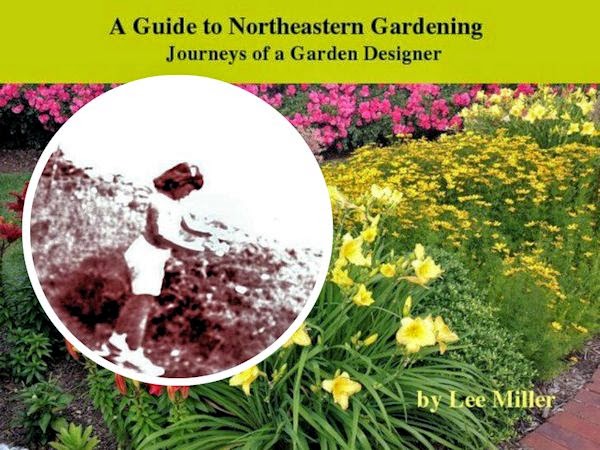 The journey started as a child.  My mother's favorite flowers were daisies so I would often pick them for her, which always put a smile on her face, a warm smile that I will always remember.  At the age of five, I started requesting flower pots and seeds that I could nurture and watch bloom.  My mother taught me to have an appreciation for nature in her own way, possibly without even knowing the impact she had on me.  My father also saw my interest in living things and helped me to plant my very first tree in our backyard, which deepened my love for anything green.  As an adult I embarked on a career in education, but my love of gardening continued to flourish. I went back to school for horticulture and with the encouragement of family and friends, became a landscape designer and started up my own business.  I retired from a fulfilling 32 year teaching career in 2013 and now run my business full time.  While working just one career I also found some time to write over the past two years.  The rest of the journey continues here... 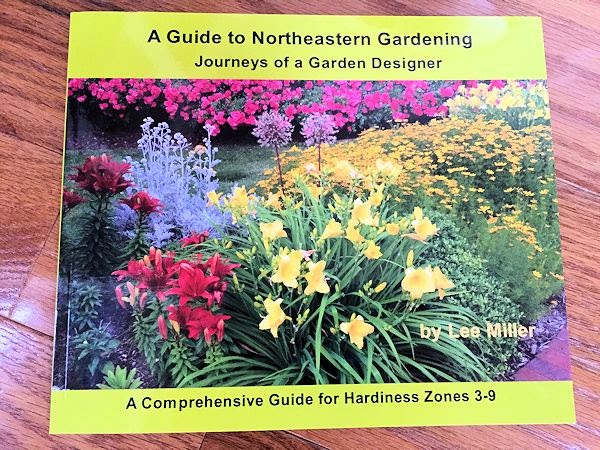 A Guide to Northeastern Gardening~Journeys of a Garden Designer

by Lee Miller
A Guide to Northeastern Gardening is a comprehensive guide of valuable information on plants hardy in a range of zones from 3-9, and gardening techniques backed up by my own personal experiences as a professional landscape designer, along with answers to frequently asked questions. Learn about landscape design principles, butterfly gardening, deer resistant plants, long blooming perennials, globe and weeping evergreens, flowering trees and shrubs, native plantings, shade gardening and more. Whether you are a novice or experienced gardener, A Guide to Northeastern Gardening will help you to create your own dream garden. Come along on my journey into the world of gardening!

Preview Info:  To Preview Click on the Link to the Left

My goal for this book is to share my experiences and passion of horticulture with others. With that goal in mind, I included the information that I share with clients during the design process, such as the types of plants that are most hardy and longest blooming,  deer resistant, low maintenance or shade tolerant and those that will supply color and all season interest. I have also addressed answers to commonly asked maintenance questions that are posed by clients.  Each chapter contains information on the design and maintenance of various types of gardens, with recommended plants and answers to commonly asked questions, all backed up by my own personal experiences.  The plants mentioned in the book have been personally photographed and I have included detailed information on each. I cannot be more elated about this venture becoming a reality. The links below will take you to a preview and purchasing info for my published book. I hope to share my passion of gardening with you!

Thank you to my readers for giving me the motivation to pursue this endeavor and thank you to my husband, friends and family who encouraged me along the way.  Plans are underway for a future softcover version of this publication.

Posted by Lee@A Guide to Northeastern Gardening at 12:00 AM 36 comments: Links to this post

This is not your ordinary March.  March came in like a lion with snowfall on the first, followed by winter storm Thor on the fifth.  With more snow storms than I can keep track of totaling 56.6 inches, record low temperatures and snow still embracing the landscape, spring initially seemed to be so far away.

Then…we set the clocks ahead for daylight savings time on the 8th. It felt like at that moment the landscape started its thaw, with temperatures rising above freezing and into the mid to upper 40’s, as if Mother Nature was saying "Enough already...It’s time!”  For the first time in months the grass was visible again and all that was buried in a blanket of white started to appear.
Along with the thaw came the wildlife.  A Blue Jay visitor perched on a tree outside the kitchen window and then eight geese landed on our lawn as they were lured in by the only patch of green grass exposed through the snow.  Cardinals, mockingbirds, sparrows and other birds became more visible as they come out of hiding into warmer temperatures to join the juncos.
The Canada geese visitors stayed for hours on the property enjoying the only patch of exposed lawn.
and the very first signs of growth from lilies emerged.


The next day the first Hyacinth buds appeared...
and I was able to get close enough to the Weeping Pussy Willow to see the first real catkins getting ready to open.
They were followed my Sedum rosettes appearing from the ground.  Each day has been an adventure to see what was going to appear next.
Did I mention how much I love spring and all the joy of watching the very first buds sprout from their dormant sleep? I can't wait to see what will appear tomorrow.

Posted by Lee@A Guide to Northeastern Gardening at 12:00 AM 48 comments: Links to this post